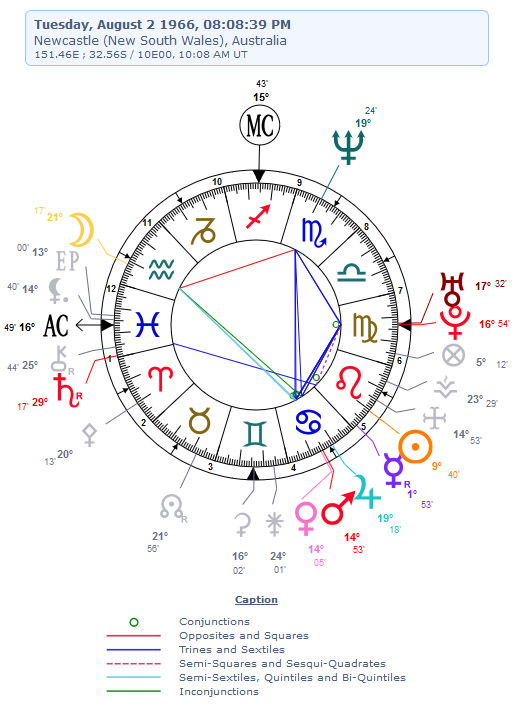 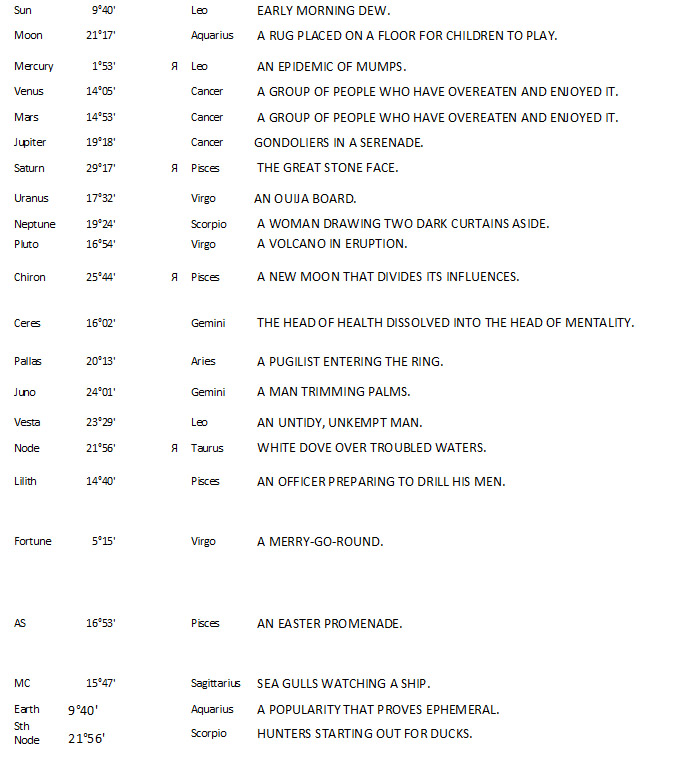 THE YOD - Finger of God

The mat provides safety in dealing with the unknown (12th house of beginnings and endings) but it contains a boundary which the Uranian and Plutonian energy of the ouija board and volcanic eruption find confining and stifling. The ouija board and eruption want union with another energy and the child wants to play safely within the boundary of the mat.

The Moon represents our past, as does the 12th house, as my Moon is quincunxed and squared in its aspects, I have the feeling that past experiences have been too confined. The need to overcome and face these boundaries have been brought into this life to liberate the soul and allow the spirit freedom of expression.

My Sun in Leo 9’ in the 5th house (Early Morning Dew) has provided the solar energy and incentive for this overcoming. I have explained previously, of the near strangulation of "the breath" in my childhood playpen, likened to the mat.

I have read that “the body is the one and only divine Church, in which light officiates” (Dane Rudhyar) “This light given to men the will to be whole and integrated”.
My Moon 21 Aquarius (Children Playing safely on a Mat) squares Neptune 19’ Scorpio (A Woman Drawing Two dark Curtains Aside). The Moon being confining and Neptune wanting to let light upon the children playing upon the mat. As Neptune is in the 9th house of Understanding, in difficult aspect, this process has been slow, frustrating and at times needing the sacrifice of ‘old’ ideals to continue on the journey off the ever expanding the mat.

Although my upbringing was not at all religious in the sense of church on Sundays and holy communions. I was still brought up with the principles of the 10 commandments and god living outside, high up in the ether regions of space, looking down upon his children.
I went to the occasional Sunday school, was a wise man in the christmas nativity (although secretly wanting to be Mary) a collection of the tiny biblical cards was a must and I, with the rest of the school, went on Wednesday to our respective scriptures.

I married at 24, in the Church of England, much to the disgust of my future in-laws which of course were, Catholic. Up until this point I had no idea of how serious these religions were about where celebrations such as weddings, funerals, christenings etc took place.
People changed personality, their view of myself and my family was altered and the games began. My South Node 21 Scorpio (Hunters Starting Out for Ducks) conjuncts Neptune in the house of understanding. I had no understanding of this behaviour at all. Years went by with each calendar celebration of christmas, easter,christening etc turning into a hunting game and me being the duck.
Eventually the Aquarian rebellious moon came busting out of the 12th house with the help of the very angry volcano, and I left my marriage and in-laws to their beliefs.

Just prior to this time,I had started an astrology course and began to look behind the dark curtains and the sextile to Uranus (A Ouija Board) came into play. The people I met were again very different to the gang that I had associated with growing up (who were into picnics, holidays, sport and watching disneyland on Sunday nights).
These people were clairvoyants, spiritists, healers, colour therapists, astrologers etc. It was like a whole new world behind the dark curtains. Luckily my first astrologer teacher was very grounded, knowledgable and patient with my endless questions.
In her front room we were like Children Playing Safely on a Mat, in a very hidden 12th house world.
She tended to steer me away from the world of ouija and spirit phenomena, and more into astrology, the myths and Ancient Egypt. This allowed me to be able to look ideas up, discuss findings and connect these with my own personal birth chart (Map). The astrology wheel being a very safe place to play.

I ventured into more in depth study the more I went along. I read endlessly, spending much money on books, opened a shop, worked in alternate shops, spoke to a myriad of healers, clairvoyants, attended health and well being fairs and much more.
Like anything at the beginning I “guts myself stupid” Venus conjunct Mars 14’ Cancer (A Group of People Who Have Overeaten and Enjoyed It). I eventually sold my shop, sold or gave away most of my books and kept the ones I felt were worthwhile.
The Moon also quincunxes Jupiter 19’ Cancer (Gondoliers in a Serenade)5th house, I have struggled to find a modality which I could sing about like the Gondoliers. Gradually over time Astrology has become the most steadfast and stable mat. For me it includes all the other modalities, conventional methods and the symbols merge with your subconscious and unconscious to trigger your own personal response.
The interesting factor I have noticed in my travel through this quest, is that most of the alternate medicine gurus play little, if any attention to this ancient art.

These quincunxes have forced my psych to relate (7th house),understand (9th house),release (5th house)and transcend (12th house) my past experiences to another way of relating to the world around me. I could not just use one method as a part of myself felt left out. As challenging as these aspects (The Yod) are, they force me to move in a direction I would never have known, if I had not felt the split in my psyche. 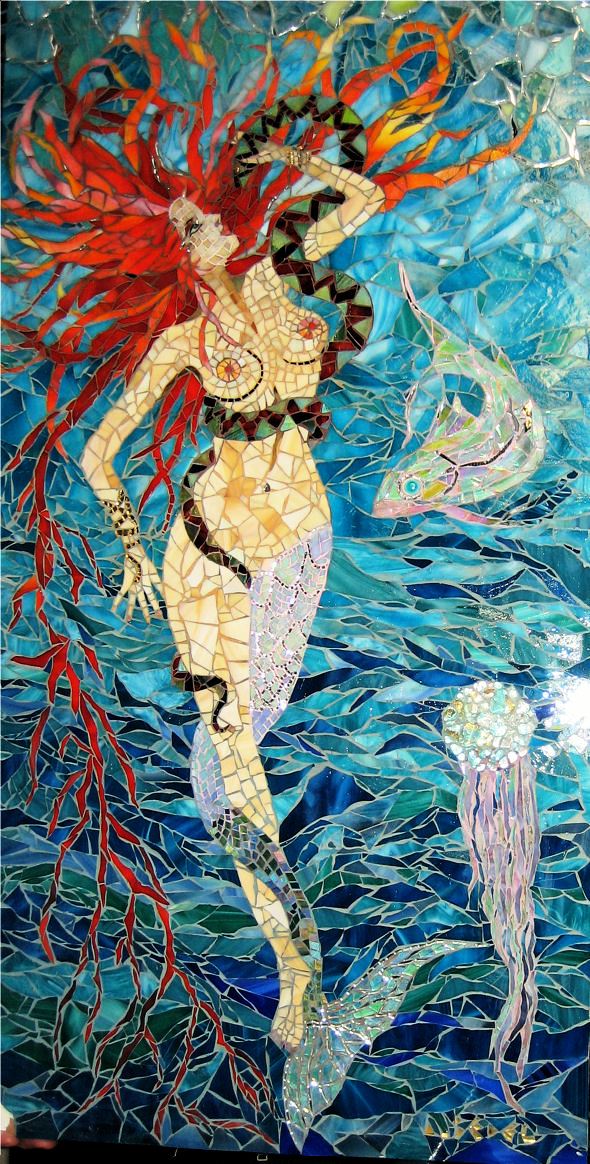